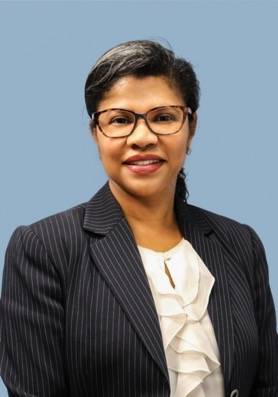 An educator for over 20 years, Ingrid M. Canady currently serves as Executive Director of the State Education Resource Center (SERC).

Ingrid migrated to the United States from Costa Rica in 1989, and became a U.S. citizen in 1997. Her educational career began as a Head Start educator in the City of Waterbury, and she graduated from Northwestern Connecticut Community College with an Associate’s degree in Early Childhood Education. She earned her Bachelor’s, Master’s and Sixth Year Educational Leadership degrees from Central Connecticut State University. Currently, Ingrid is pursuing her Doctoral degree in Leadership and Learning in Organizations from Vanderbilt University: Peabody College.

In 2003, Ingrid joined SERC as a member of the consulting team, becoming an active contributor on SERC’s intentional and strategic journey to examine the hidden realities of institutionalized racism and its impact in today’s classrooms. Unmasking these biases has become an essential priority of Ingrid’s transformational leadership approach.

As a culturally conscious leader, Ingrid is moved into action to create learning environments in which all children are provided with equitable opportunities for personal growth and success. Over the years, Ingrid has become a catalytic force in communicating the message on the critical need for these equitable learning environments and is sought after as a facilitator, presenter, and speaker on the topic locally and nationally.

As a committed and passionate learner, Ingrid continues to gain new skills that enhance her role as a transformational leader and a positive agitator to create a sense of urgency for providing equitable and accessible education for all of our students.