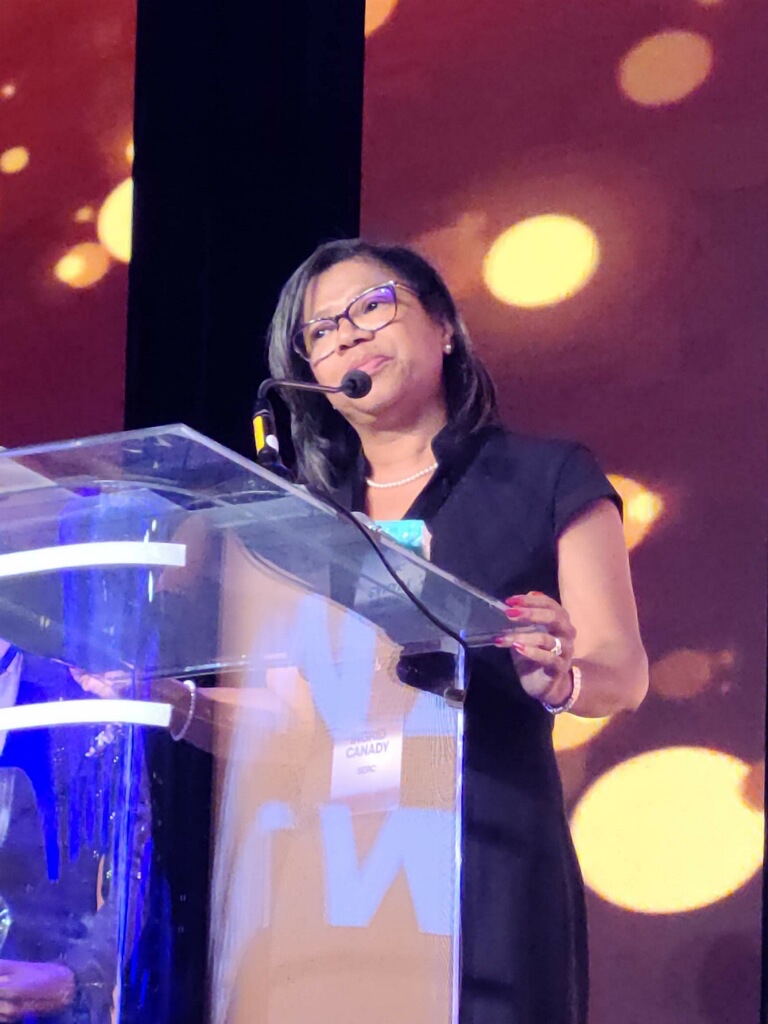 The Pacific Educational Group (PEG) honored Ingrid with the most prestigious recognition at its annual National Summit for Courageous Conversation®. The award, named for influential educational psychologist Asa G. Hilliard III (1933-2007), pays tribute to those who confront and challenge racism, are “passionate” and “revolutionary,” and who understand themselves and nurture greatness in others.

“The award is presented to a leader whose racial equity achievements have had an immense impact on the cultural, social, and academic development of underserved student of color populations,” according to PEG.

Under Ingrid’s leadership, SERC has continued to work with school districts across Connecticut on addressing racial equity, drawn hundreds to its annual Dismantling Systemic Racism conference, and led the development and implementation of the state’s first statewide African American/Black and Puerto Rican/Latino Course of Studies in partnership with the CT State Department of Education. The curriculum has offered every Connecticut high school student the opportunity to access the rich history, culture, and influence of populations historically left out of traditional narratives taught in school. 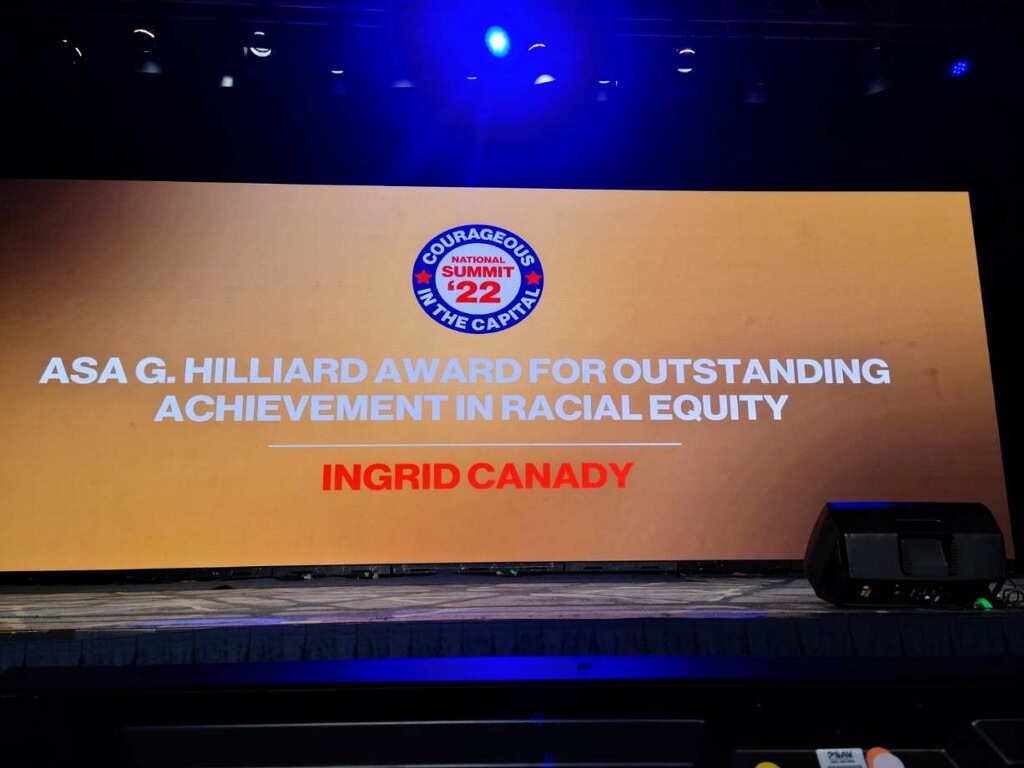 Ingrid migrated to the United States from Costa Rica in 1989 and became a U.S. citizen in 1997. She was a Head Start educator in Waterbury before joining SERC in 2003. From her start on the SERC consulting team, Ingrid was among those with an instrumental role in guiding the agency’s journey to examine the hidden realities of institutionalized racism and its impact in today’s classrooms, leading to the release of SERC’s major report “Equity in Education: A Transformational Approach” (2011).

Ingrid became in high demand locally and nationally as a facilitator and speaker on social justice and racial equity and SERC’s educational equity blueprint. She served as an assistant director and interim executive director before the SERC Board appointed her executive director in 2016.

Dr. Hilliard, also known as Nana Baffour Amankwatia II, believed there was no more important mission than the healthy socialization of children. His teaching is instrumental to PEG’s Courageous Conversation® framework, which guides SERC’s racial equity work. SERC Consultants are presenting at the summit on Connecticut’s Black and Latino curriculum and co-presenting on civil disobedience in literacy instruction.

The State Education Resource Center (SERC) (ctserc.org) is a quasi-public agency created to assist the Connecticut State Board of Education in promoting educational equity and excellence. SERC provides resources, professional learning, and a centralized library to educators, families, and community members in collaboration with the Connecticut State Department of Education and other public and private partners.